Join DeAnna Lorraine on her new show Shots Fired! with DeAnna Lorraine! DeAnna first goes over hottest headlines of the day, joined by National File reporter Patrick Howley. Some of the hottest headlines include the new booster vaccine campaign, DRAG Queen BINGO nights being marketed to children, and a shocking story involving a corrupt lesbian CPS worker that Patrick Howley broke to the Daily Mail.

Then DeAnna is joined by the woman spearheading that corrupt CPS class action lawsuit, Councilwoman Danielle Jurinsky, to give all the details of this insane story.

DeAnna is then joined by Ms. Laura Leern, a mother and trauma Nurse who shares her frightening story of the jab destroying her life and career - but wants to warn everyone who "trusts the science." Watch and share her story to all your pro-vax friends!

Then be sure to subscribe to Red Voice Media Premium Content using code word DEANNA to subscribe for only $1, and watch her exclusive PREMIUM interview with Australian Conservative rockstar Rowan Dean of Sky News! Rowan is basically the Aussie version of Tucker Carlson, and hosts his shows The Outsiders and The World According to Rowan Dean on Sky News. Don't miss this awesome interview to hear Rowan's uncensored thoughts on the jab, crazy Australian tyranny, white racism and more. Subscribe to Red Voice Media Premium using promo code DEANNA to watch the full Shots Fired show with DeAnna Lorraine, weekdays every Tuesday and Thursday at 6pm CT! 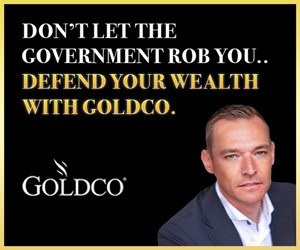 Uncensored: Satanic Globalists Launch Their Own 10 Commandments in the Name of Climate Change!